When we travel overseas, I try to see my L.A. based (only) daughter Deen if we can organise a visit within her TV work schedule. Our Canadian and Alaskan holiday in June/July 2011 provided the opportunity for Deen to fly up and meet us in Vancouver for a long weekend at the end of a trip that was full of bears, bears and more bear sightings. The three of us love nature and wildlife so I do my research ahead of time to give Deen an experience out of her ordinary Hollywood lifestyle.

What better place to start than the fabulous Grouse Mountain with its sky-ride up to wildlife walks and chairlifts to the peak and for the adventurous, zip-lines! There's a refuge for wolves retired from the movie industry; a wildlife sanctuary where endangered animals can explore and play in safety; and, an amazing panoramic view over Vancouver watching paragliders from the comfort of a warm, cozy restaurant.

How lucky I was to see the wolf, Beta, lounging on the ranger’s road near the barbed wire gate to his sanctuary at the base of the mountain not far from the sky-ride terminal. (Beta was humanely euthanized in February 2013 because of incurable tumors). Beta was captive born in 1998 and found sanctuary with his pack on the mountain after he was retired from the movie industry. As he raised his head and looked at me I thought of Dances with Wolves. I wondered if Beta was in that movie (why didn’t I ask the ranger!).

However, it wasn’t Beta we’d come to visit but the famous Grinder and Coola: two male bears, best of friends, both orphaned and found on roads in 2001. The Grouse Mountain website says of them: “Coola was found orphaned on a highway near Bella Coola, BC. His mother had been killed by a truck and, of her three cubs, Coola was the only one to survive. Grinder was found in 2001 in Invermere, BC, wandering alone on a logging road, dehydrated, thin, weak and weighing only 4.5 kg. His mother was never found so we’ll probably never know why he was alone.”

During my stay in Canada I’d seen lots of bears by the roads on both sides of the country and admired the safe bridges built over the highways for them. I enjoyed visiting bear sanctuaries and rehabilitation centres. If Grinder and Coola had been found now instead of 2001, they’d enter a 3-year Canadian program to rehabilitate them and re-introduce them back into the wild.

I decided to write my own version of an orphaned bear story as a talking point for primary school children to discuss the bears’ changing environment.

Even though I haven’t officially ‘launched’ my Picture Book because it was delayed beyond the planned launch date due to the China print factory being burned down while my book was in production, I’ve been able to discuss how strongly I feel about humans and animals living together in harmony in schools since Book Week and at the Sydney Region Teacher Librarian Network Meeting recently.

But, my Picture Book is not a bedtime story and it’s not a book to be read without a structured lesson plan. I try to teach children to understand the impact of what we humans do to and on the environment and animals, and to realise we can live in harmony with nature and prevent animal cruelty and that the children can have an influence on this as they grow up.

I think it’s easy to forget that many of our school children are associated with animals, mainly dogs and cats (the RSPCA says over 63% of Australian households have a pet). And, in my lessons I usually move from wildlife to the care and protection of domestic pets, even taking my Himalayan cat Flannery to some schools to demonstrate grooming, the giving of medication, and learning to understand how our pets communicate with us.

But back to the bears …

There is a live camera in Grinder and Coola’s enclosure but it’s hard to coordinate Australian school-room presentation timees with day time in Canada!

See if those bears are awake:

Check out the Grouse Mountain Sanctuary at:

Here’s some photos from my trip. 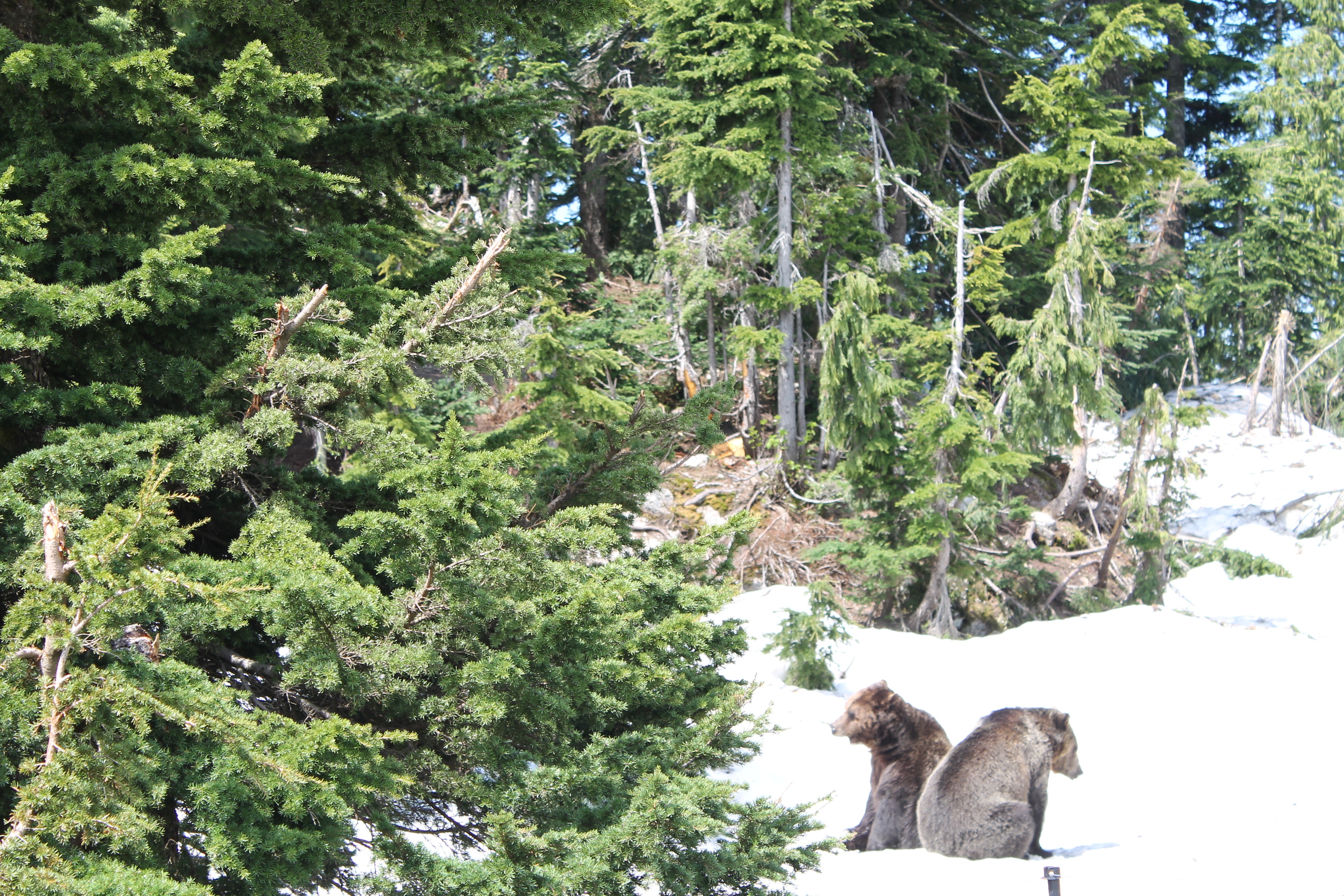 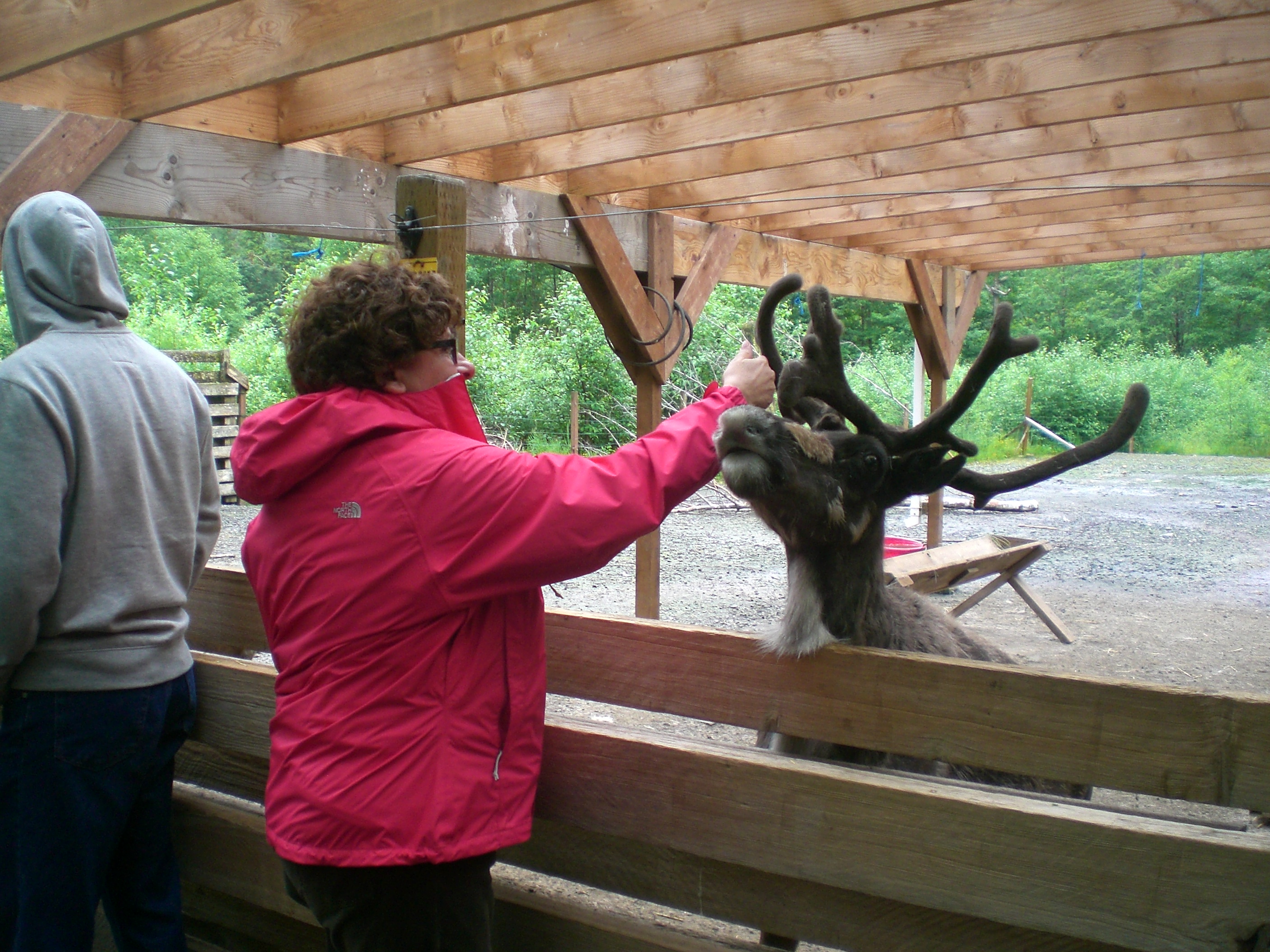 Yes, that is a reindeer in a sanctuary on an island where visitors can walk amidst bears off Ketchikan along the shores of Tongass Narrows, Inside Passage, Alaska, cold and wet. 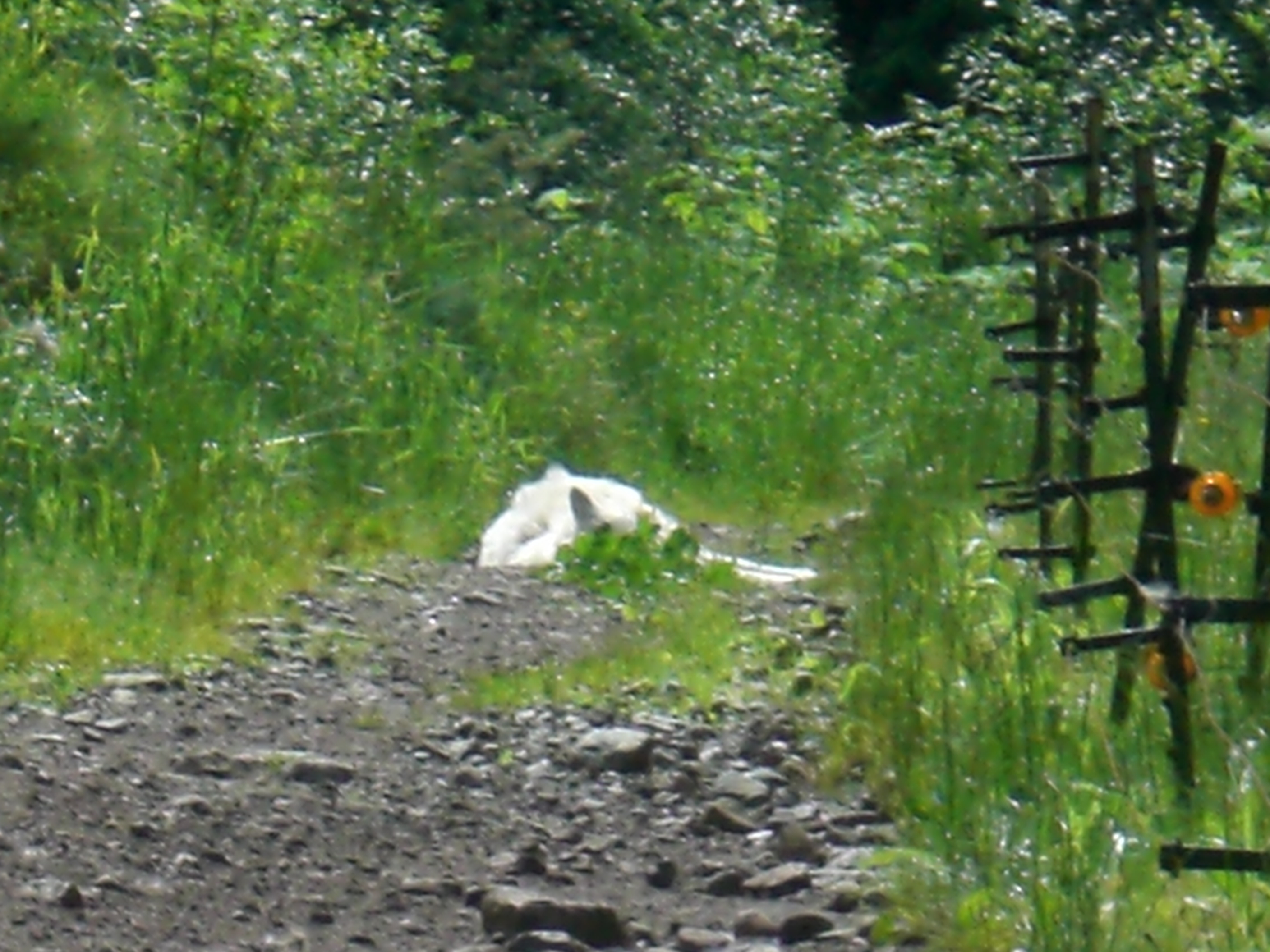 Beta snuggling up to a bush.