2014 is the 25th Year of Burwood Bookfeast and Teacher Librarian / CEO Michael Fraser is to be congratulated on his stellar performance as Organiser Extraordinaire. Michael is TL at Haberfield Public School.

Toni Brisland has only been involved for the past 4 years and was invited due to a grandparent talking to Michael. Her grandchild, a pupil at Michael's school, had read Toni’s first book DemiChat and the Kent Street Mystery and asked if Toni could go to Bookfeast. Toni has sat with Annandale PS (2014), Padstow Park PS (2013), Bankstown West PS (2012) and Carramar PS (2011) and is always delighted at the children’s love of books and reading.

The Program on the day runs to a pattern that flows smoothly and doesn’t hint at the massive organisation involved, all of which falls to Michael and his helpers at Haberfield PS. Around 9am schools register and children buy raffle tickets; authors start arriving by 10am, are directed to their tables and start interacting with the 8 or 9 students and 1 or 2 teachers at their table; there’s a welcome by the MC; speeches by special authors; raffles drawn; lunch; and, book sales and book signings including authors signing Program Books. The room is a buzz of excited chatter alternated with laughter or awed silence at some of the stories author’s tell!

In the past four years Author Speeches have been given by an impressive list of stars: Oliver Phommavanh, Vashti Farrar, Dawn Meredith, Libby Hathorn, Deborah Abela, Andy Griffiths, Richard Newsome, John Flanagan, John Heffernan, Duncan Ball, Jacqueline Harvey, Belinda Murrell, Nick Falk, Jan Latta and in 2014 by Susanne Gervay, Christopher Cheng, Patricia Bernard and Bruce Whatley. For the past 2 years the event has been chaired by Marcelle Bernard (the children couldn’t believe there was a mother and daughter act on stage!) and Marcelle is so fabulously funny with her feathered hat and comic routine and came back for a second year by popular demand.

There is an author on every table and usually around 40 tables or more! Equals up to about 400 children all looking forward to their hot chicken and veg lunch and getting autographs and winning raffles! All authors volunteer their time. Fabulous.

Publishers and authors are always generous with book donations for Raffles Prizes and there are over 30 prizes given of multiple books. This year a favourite prize was Gabrielle Lord’s complete Conspiracy 365 Series signed by Gabrielle (who was one of the guest authors).

The best question Toni has been asked on the day was asked in 2012: Is JK Rowling here today? That’s an indication of the esteem children have for the Burwood Bookfeast. 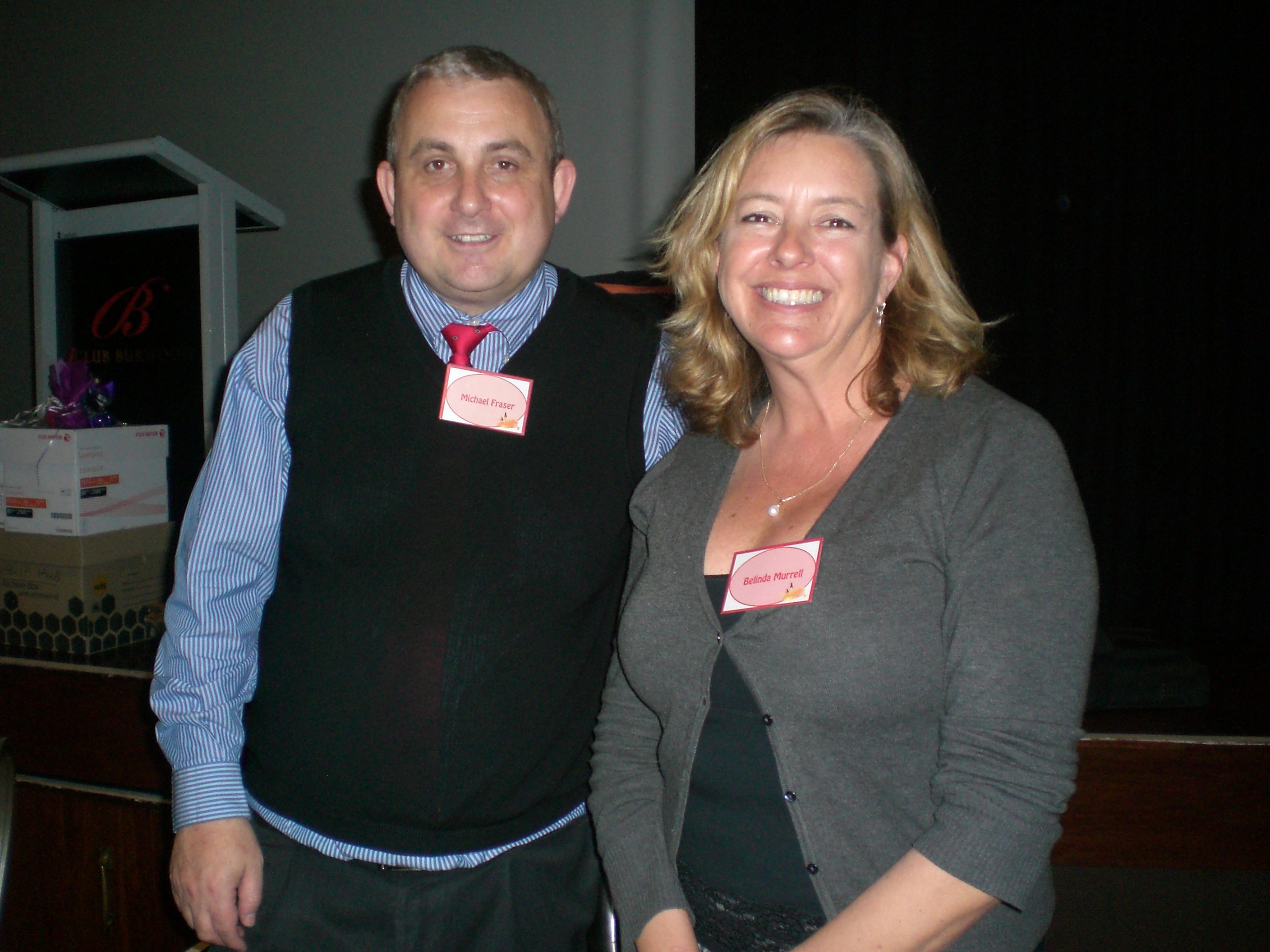 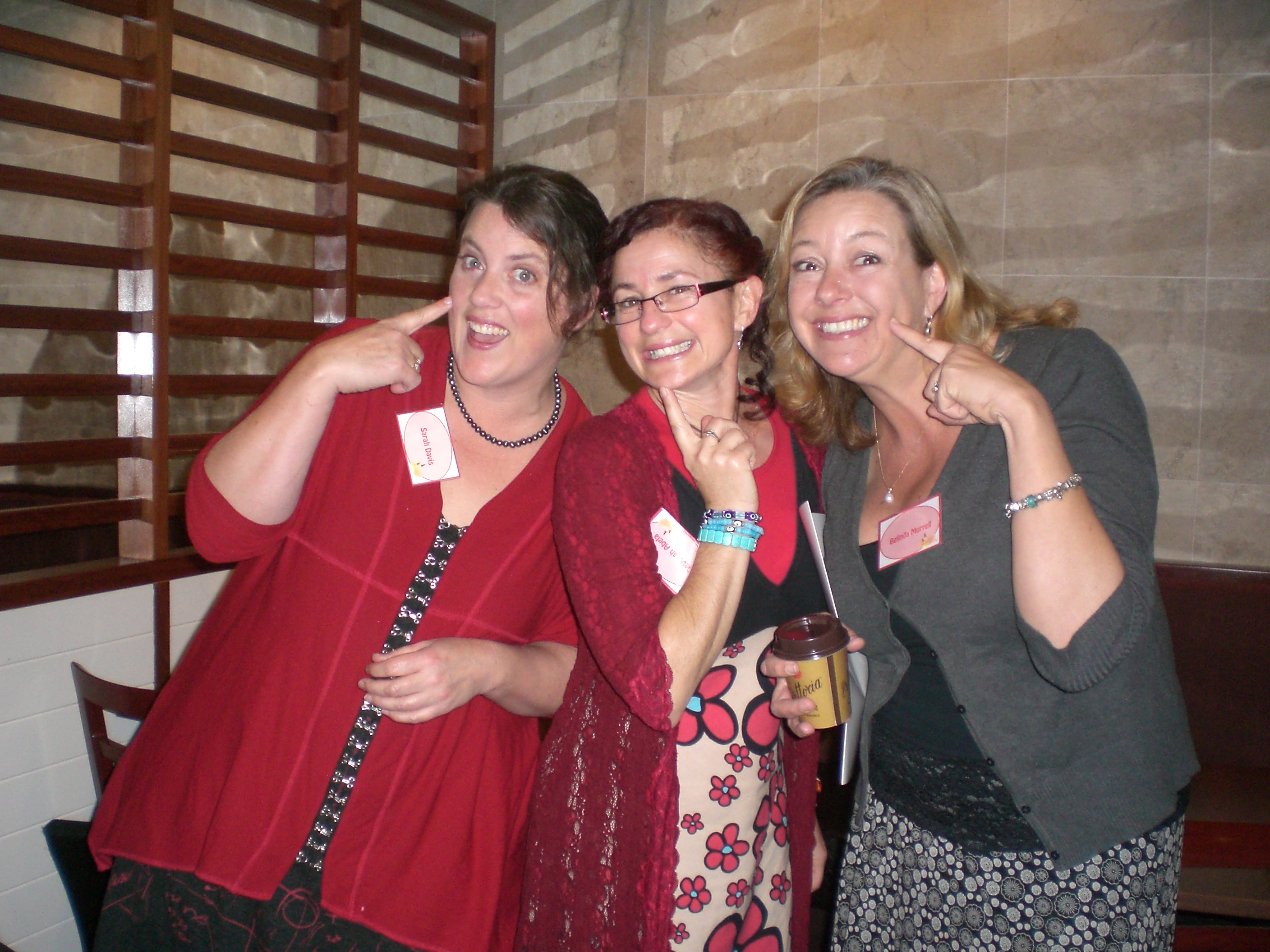 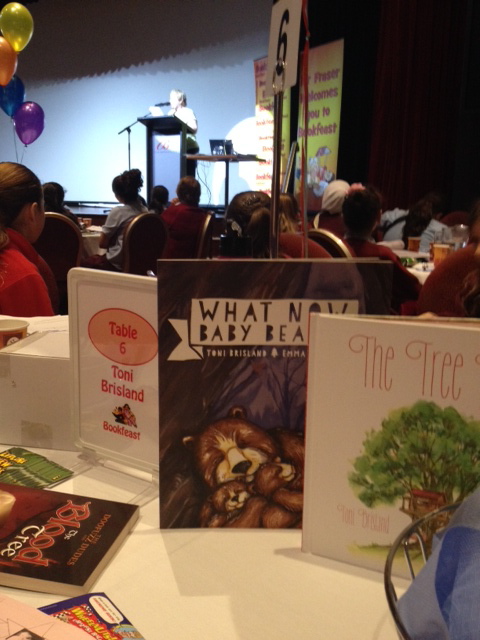 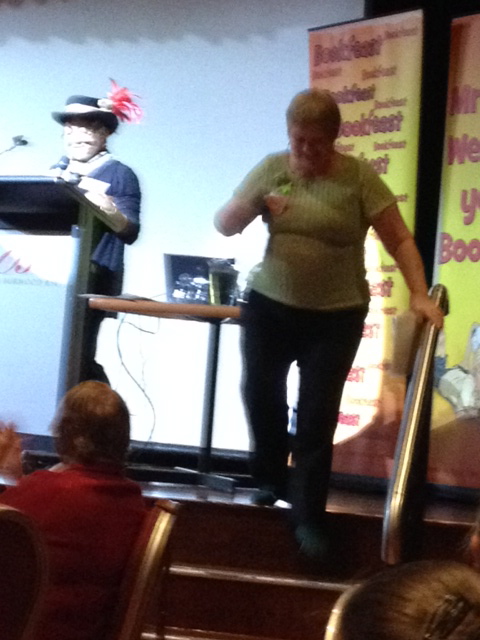